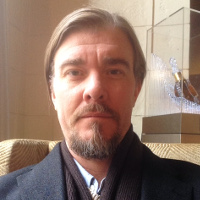 Dr. Chad Redwing, his wife and three children live on a small ranch in the Sierra Nevada foothills just outside of Sonora, California. Professionally, Dr. Redwing has been a high school teacher and principal, and a college professor at both public and private institutions. He is currently Professor of Humanities in the Yosemite Community College District in California and serves as a fellow at the Institute for the Study of Liberal Arts and Great Books Honors College at Faulkner University. Academically, Dr. Redwing received his Ph.D. and M.A. from the University of Chicago in the History of Culture and his B.A. from Arizona State University in Interdisciplinary Humanities. His academic research deals with the political, social, cultural and historical consequence of 20th century Latin American dictatorships. Dr. Redwing says that he finds the greatest satisfaction in “reading and discussing core texts in the humanities—analyzing true and beautiful works of art, music, architecture, cinema, philosophy, religion, poetry, drama and literature.” He is currently working on the completion of his second novel.